Men Sexual Assault: Men aren’t always on the culprit side, they can be victims too

Males are often held on the culprit side when it comes to sexual offenses and simply put we say men must learn how to behave.

Men are always looked upon as perpetrators and given how the frequencies of their offenses one can understand why berating them is a thing world over.

Sexual assaults against men are a thing too and we often fail to recognize this.

Women safety is much extensively talked about but, why do we ignore the safety of men?

Is equality an abstract only to be used by women?

How do guys get sexually abused?

How frequent are sexual assaults against men?

The objective of this article is to extend awareness of this reality that often loses its existence to instances of sexual assaults against men.

But do we see this happening?

We are afraid that we don’t and then no women say that there should be equality, hypocritical much?

‘Against his will’ is also a thing

When molestations are talked about, rapes are discussed or the times when we act our social media jingoist selves we often attach these terms to women.

How stupidly we ignore the very order of nature wherein sex is a thing both men and women crave for and hence there is every possibility that sexual assaults against men too are possible in fact they do exist!

For assaults are assaults irrespective of the gender of the victim men too are traumatized of sexual assaults and research corroborates this.

Sexual assaults against men are only gaining because people know that there is not much recognition of it let alone the confrontation.

When this is accepted by the society as a severe human rights violation victims would rather come ahead to report it than just live with it.

-Research says that those men who have been sexually assaulted have high rates of depression
-Sexual assault studies write off anything as ‘sexism’ and they study it from a gender-neutral perspective but we don’t use the same perspective
-A lot of surveys across the world suggest that more than 50% males after the age of 16 witnesses a sexual assault at least once.
-As per a survey by the National Epidemiological Survey on alcohol and related drugs found that 43 % of females in a sample space of 43000 adults confessed that they have forced males to have sex against their wills.

Still unclear about how do guys get sexually abused?

How India is totally ignorant of this?

When it comes to discussing this issue on India or taking cognizance of it the scope of it shrinks even further in India. How do guys get sexually abused in India is something no is even interested to talk about.

The laws completely ignore any such possibility of men being raped or harassed for in India no law defends the right of a male to report a rape or a sexual assault because the IPC has been devised like this.

Section 375 of the IPC defines rape as only an act done against women and if you are a male you who has been raped you either commit suicide or kill the perpetrator for there is no legal assistance available for you from the purview of IPC 375.

Neither are rapes gender specific nor the trauma and the depression attached to them. For anyone who has been assaulted irrespective of their gender must be conferred justice and this is only possible when the society accepts the recognition of this irrespective of how frequent they are!

Our question again is that is equality an abstract only to be fought for and enjoyed by females?

Previous Story:
Why do we celebrate festivals in India? 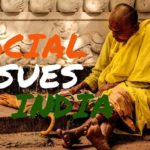 Next Story:
Social Issues in INDIA: Which is the biggest Monster out of these?