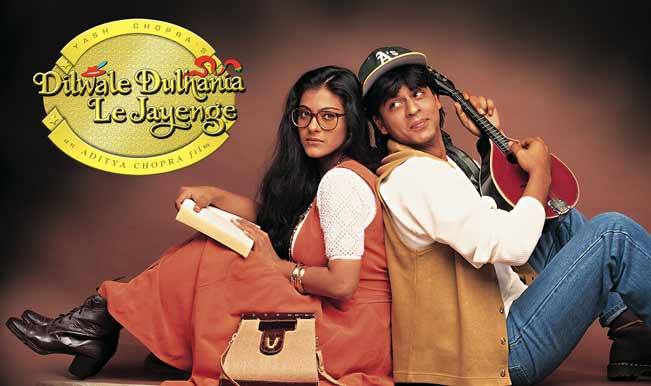 Ahhhh…after listening to the word romance, the first person who comes in our mind is Shahrukh Khan, the Badshah of Romance and so are his movies. If you grew up thinking about your khwabo ka prince then definitely this movie had made a place in your top lists of Bollywood romantic movies.

A typical Indian movie with the story of an NRI boy and a simple girl, whose father is extremely conservative and doesn’t support their love. With excellent music, wonderful locations, and amazing cinematography, this Bollywood romantic movies ruled the box office for quite a long period of time.

The plot of the story is that Raj is a rich guy living in London where he finds Simran one day on a trip. During the trip, he was trapped in the love of Simran but Simran’s marriage was already fixed with the son of his father’s friend.

Raj follows her back to India to her marriage to make their love true, in order to which he wins the heart of everyone but fails to do so in the case of Simran’s father but at last her father melts and they are happily married now.

And the cherry on the cake is, you can still enjoy this movie with your friends and family in the Maratha Mandir as it has crossed 1000 weeks of screening there and still able to create the same magic every day.

The film was directed by Aditya Chopra and it was produced by Yash Chopra. Kajol was the lead actress starring as Simran. The film won 10 Filmfare awards which were the most for a single movie at that time.

The budget of the film was 40 million in Indian currency and the film earned 1.22 billion in the box office. 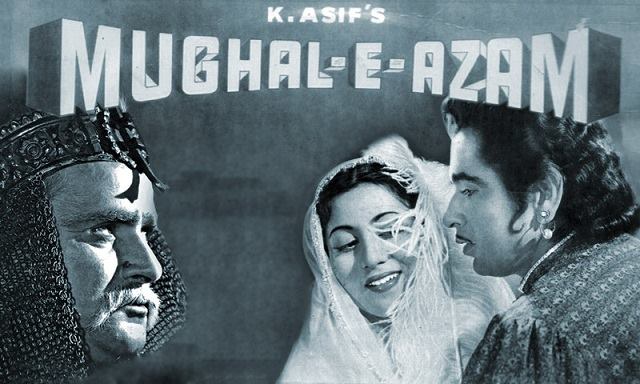 This is old and best Bollywood romantic movies, although released long back in the year 1960, this movie presented a royal sparkling of the real hues of history.

This movie took a long time of 12 years for its completion but what we all got, as a result, was worth it. This movie is all about a Mughal prince Salim, who falls in love with Anarkali, a dancer in his court.

When his father doesn’t accept his love he revolts against his father to show the power of his love. The awesome sets, the indelible songs, and yes..the magic of love, all make this movie a milestone in the history of Bollywood.

And how can we forget that this movie gave a new anthem to all the lovers…”Jab Pyar Kiya Toh Darna Kya”. 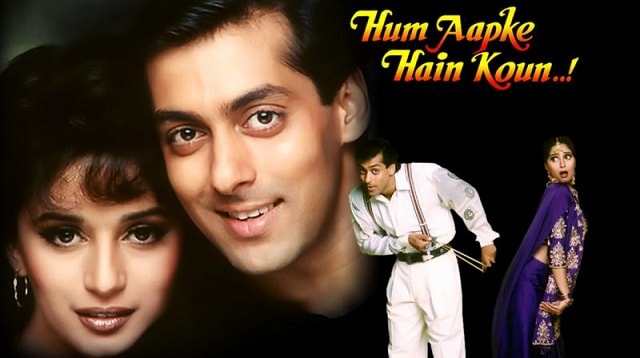 Is it possible that we are talking about Bollywood romantic movies and Rajshri production work is not there?

A complete family picture. Many acclaimed it as a video of some wedding but to be truthful it’s enjoyable to see all the phases of an Indian wedding in just a time of 3 hours along with a beautiful love story picturing Madhuri Dixit and the heartthrob since that time, Salman Khan(still the most eligible bachelor.)

The beautiful songs just took the heart away from all the viewers. Prem and Nisha became an inspiration for all the lovers of that time. 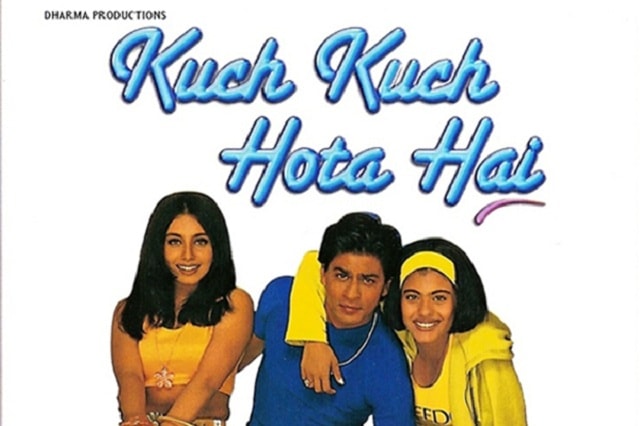 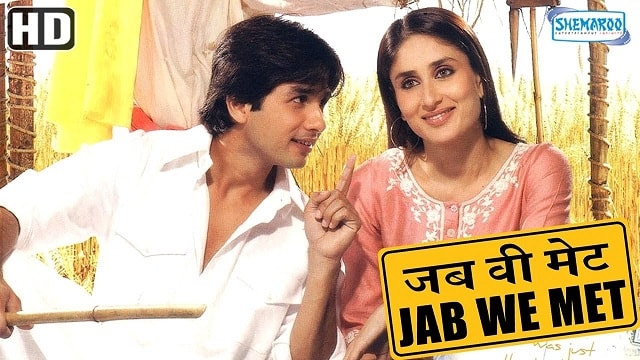 Talked so long about Bollywood romantic movies and we yet don’t have this one on our list so end your wait here with Jab We Met. A bang on a romantic movie with the best Punjabi tadka. Imtiaz has got everything just right in its place.

A bubbly Punjabi girl Geet, played by Kareena is a fun-loving girl or indeed a typical love myself kinda girl as she said in her dialogue, “Main Toh khud ki favorite hu. By God”. And in the male lead is Shahid in an extremely lovable image.

Although this Jodi didn’t end as a successful one in real life in real life, it rocked. Additionally, its songs were just the perfect album containing the party song, a romantic one, and sad all at once.

This list of top 50 Bollywood Romantic Movies contains all the movies of Bollywood which are famous and still remember by people. 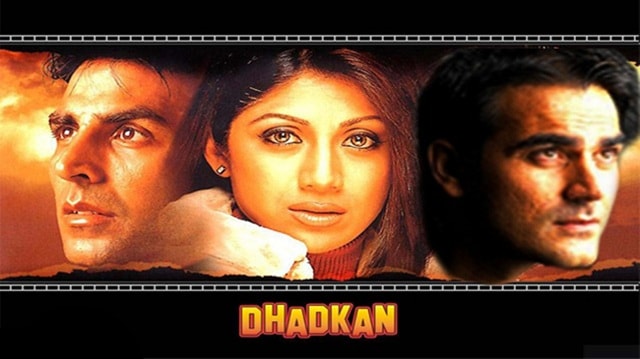 Dhadkan, released in 2000, is a famous Bollywood romantic movie which was directed by Dharmesh Darshan. It was produced by Ratan Jain. The film was best known for its love story and the level of songs it had. The film completely described the true meaning of love.

Dev and Anjali loved each other but unfortunately, they didn’t marry each other. Anjali gets married to Ram and eventually starts loving him but Dev is still in love with her while Mahima Chaudhary starring as Sheetal, the business partner of dev, falls in love with him and hence concludes the love triangle.

The film had a budget of 9.5 crores and it earned 26.4 crores in the box office. 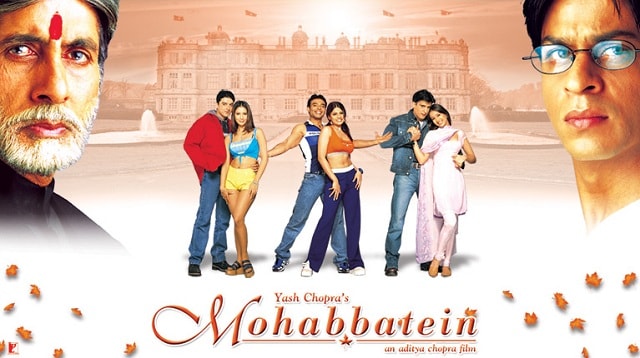 Mohabbatein was released in 2000, an Indian musical romantic film. It was directed by Aditya Chopra and produced by Yash Chopra.

The plot of the story is that Raj Aryan loved Megha who was the daughter of Narayan Shankar but Megha committed suicide because his father would never let them meet.

Narayan Shankar runs a Gurukul where he taught all the disciplines and moral value of life. Raj enters the Gurukul as a music teacher in order to take revenge for his lover’s death, so he helps other students to meet their love and in the end, Narayan Shankar accepts them by realizing his mistakes.

The film had a budget of 190 million in Indian currency and it earned 900 million in the box office. 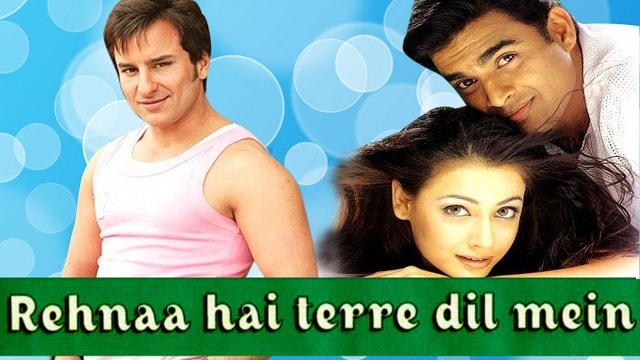 Rehna Hai Tere Dil Mein was a romantic Bollywood film released in 2001. It was directed by Gautham Menon and produced by Vashu Bhagnani. The film starred Madhavan as Maddy, Diya Mirza as Reena and Saif Ali Khan as Sam.

The plot of the movie is that Maddy is the son of a shop owner(ANUPAM KHER) who is a very notorious and brat. He is serious about nothing.

In college, Sam is his worst enemy. In the other half of life, Maddy fell in love with Reena by telling her certain lies despite knowing the fact that Reena hates lies as well as liers. Both of them were in love with each other but at a point, the lies of Maddy came out and the marriage of Reena got fixed with Sam.

In the end, Sam melts down and he lets Reena go with Maddy just because Reena also loved Maddy.

The budget of the film was 60 million Indian currency and the film earned 101 million in the box office. 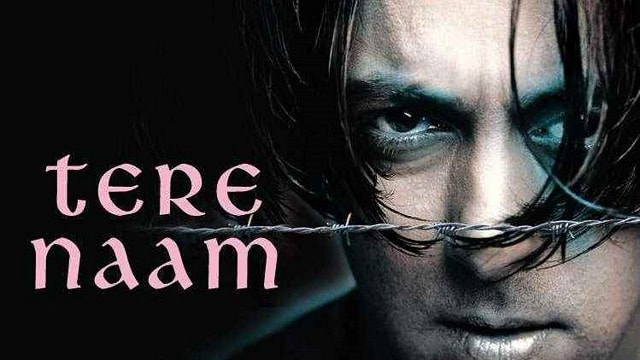 Tere Naam was released in 2001, one of the most emotional and romantic of its time. The film was directed by Satish Kaushik and it was produced by Sunil Manchanda. The film is based on the real-life incident of a man who fell in love, ended up being mad in a mental asylum. The film was nominated for a total of 24 awards.

The film starred Salman Khan as Radhe Mohan and Bhumika Chawla as Nirjara in the lead roles.

The plot of the story is that Radhe is a loafer who falls in love with Nirjara who is the daughter of a pandit. Radhe becomes mad in love of Nirjara and he is sent to a mental asylum. The moment when he recovers, it seems to be very late as Nirjara dies by that time. Their love becomes immortal.

The budget of the film was 10 crores and the film earned 25 crores in the box office. 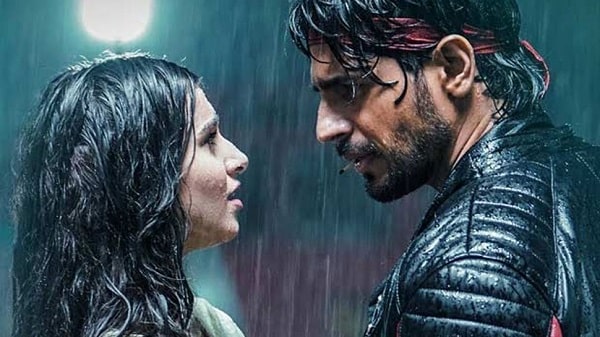 Marjaavaan is an Indian romantic action movie that was released in the year 2019. This movie was directed and written by Milap Zaveri. The movie starred Sidharth Malhotra, Riteish Deshmukh, Tara Sutaria, and Rakul Preet Singh in the lead roles.

The release date of the movie was changed three times and it was finally released on 15th November 2019. Bhushan Kumar, the co-producer of the movie describes it as “a violent, dramatic love story”.

The plot of the movie revolves around the typical romantic action movie story where Raghu (Siddhart Malhotra) is a goon and he falls in love with a Kashmiri girl, Zoya. 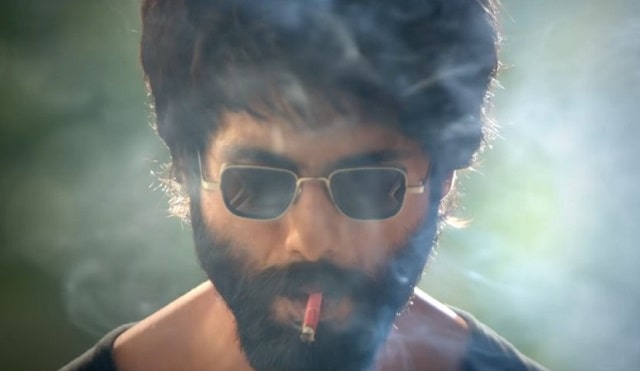 Kabir Singh became one of the most popular romantic drama movies of the Bollywood industry which earned huge fame and appreciations in the box office as well. The movie is a remake of the very popular South-Indian movie Arjun Reddy.

Kabir Singh was released in 2019 and Sandeep Vanga directed it. The movie starred Kiara Advani and Shahid Kapoor in the lead roles. In the movie, Shahid plays the role of a surgeon, Kabir Singh who destroys himself completely when Preeti (his girlfriend) leaves him and marries someone else.

The movie was made with a budget of INR 60 crores and it earned a total of INR 379 crores all over the world. You will be shocked when you will get to know that this was the first movie of Shahid Kapoor that earned 300 crores+ in the box office. 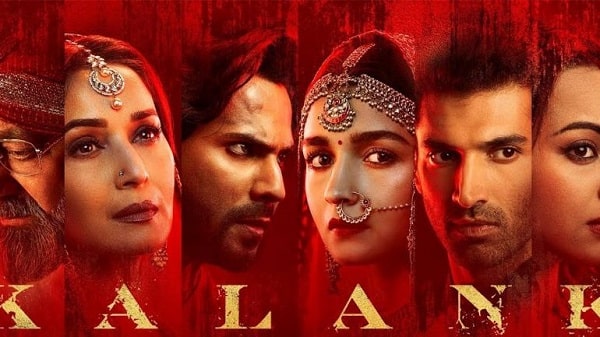 Kalank is an Indian romantic drama movie that was released in the year 2019. Abhishek Varman directed it and it was produced by Sajid Nadiadwala, Karan Johar and Fox Star Studios.

Kalank stars Madhuri Dixit, Sonakshi Sinha, Alia Bhatt, Varun Dhawan, Aditya Roy Kapur, and Sanjay Dutt in the lead roles. A set of British era i.e., before the independence of India has been displayed in the movie.

The movie was released on 5300 different screens across all over the world and it was known to be the widest Bollywood release of the year 2019. Though, it did not earn a huge figure in the box office. 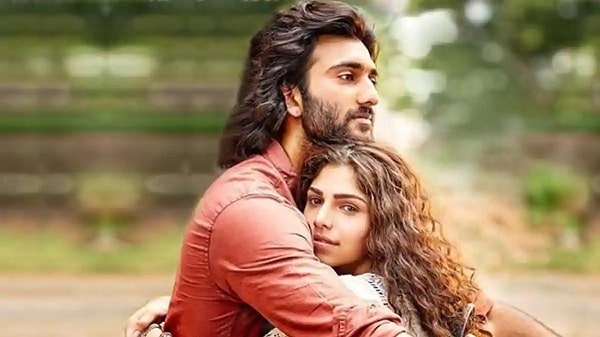 Malaal, which means regret, is a 2019 Indian romantic movie. Mangesh Hadawale made his Hindi directorial debut and directed his first every Hindi movie, Malaal. The movie was produced by Mahaveer Jain, Bhushan Kumar, Krishan Kumar and Sanjay Leela Bhansali.

The movie became famous majorly due to its ending when the girl dies and the boy uses his emotions to become one of the most successful men. Though the movie had an amazing plot, still, it could not earn a lot in the box office. 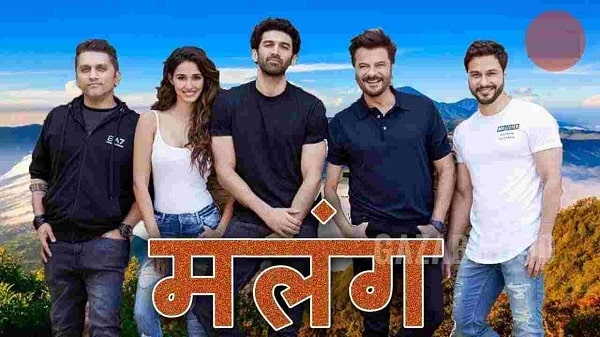 Malang is the latest Indian romantic-action thriller movie which was released on 7th February 2020. Mohit Suri directed the movie and it was produced by Luv Ranjan, Krishan Kumar, Jay Shewakramani, Bhushan Kumar and Ankur Garg.

Malang starred Aditya Roy Kapur, Disha Patani, Anil Kapoor, and Kunal Khemu in the lead roles. Malang was made with a budget of INR 50 crores.

Though this movie did not gain enough popularity, it still managed somehow to make a profit by earning a total of INR 80 crores all over the world. If we ignore the performance of this movie in the box office and focus on its plot, we will get to know that by far, it was one of the most outstanding romantic action thriller movies in the Bollywood industry.

Write to us in the comments below your suggestions about other all-time favorite Bollywood romantic movies and we will love to add them to our list.

Till then Take Care and Sayonara!!